PICASSO: THE SURREALIST EXPERIENCE OF THE BURIAL OF THE COUNT OF ORGAZ FROM GOYA’S FOLLY TO PSYCHOGRAPHY AUTOMATIC WRITING 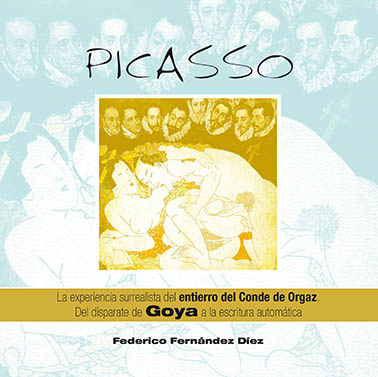 The Picasso series on The Burial of the Count of Orgaz refers us back again to Goya and shows different influences from those which Dalí had, especially in the multiple image treatment and result with which Dalí will shape his super-symbol (an image is part of another or others that contain it) and that he will transform into a rational method to construct irrational scenery. This technique will be in Picasso an appropriation of the surrealist automatism derived from Goya’s Follies, repeatedly exploiting the effect of the multiple face ubiquitous in the Goya series; multiple face which is a Picassian constant in much of his artwork and not only in the series exhibited.

The reference to Goya in Picasso's art is already known, admitted by him as was the influence of Cézanne, but the influence of Goya’s pre-surrealism in the works of Picasso, which is evident through the analysis of the Count of Orgaz series, the only explicitly surrealist series in Picasso’s vast opus, had never been shown. 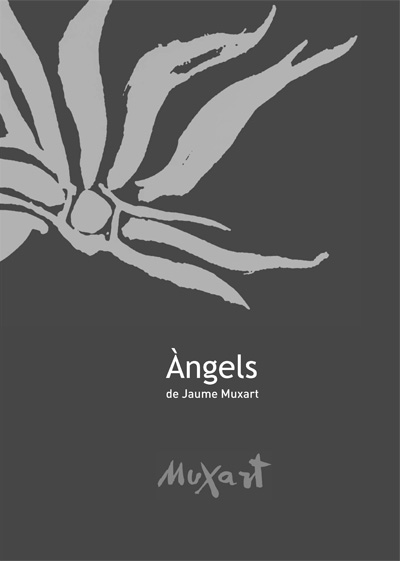 In this series which has the angels as its leitmotiv, Muxart remains true to himself and his concept of painting in the search for balance and harmony in contrast to the volcanic blooming of color, which literally explodes in his paintings. His angels are looming appearances flooded with light and color which gives them an immaterial and spiritual aspect. Muxart represents the angel’s charm, aura and atmosphere that makes them appear as visions emerging from the light. At his 90 years he still maintains chromatic strength and the aesthetic sense that characterizes him.

GOYA AND DALI. FROM THE WHIMSICAL TO THE NONESENSE

Analysis of Goya’s "Caprichos" (vagaries, fancies, whims) recreated by Salvador Dali shows how the surreal whims of Dali harmonize in a unique way with Goya’s own “Nonesense”. Dali deprives the “Caprichos” of social criticism and political satire, skewering their purpose, making “nonesense” of them and turning them into works of Dalinian surrealism.